iPad mini Announced by Apple: a 7.9 inch but nearer to iPad 2:

At last rumors are over and today apple announced their one of the most awaited device 7.9 inch iPad mini along with Mac book Pro 13 inch, i Mac and 4th Generation iPad but center of interest was iPad mini. Many of us were excited about it, what this iPad mini is going to have? Is iPad mini going to be a smaller version of iPad 3? we got all of our answers just a moment ago. 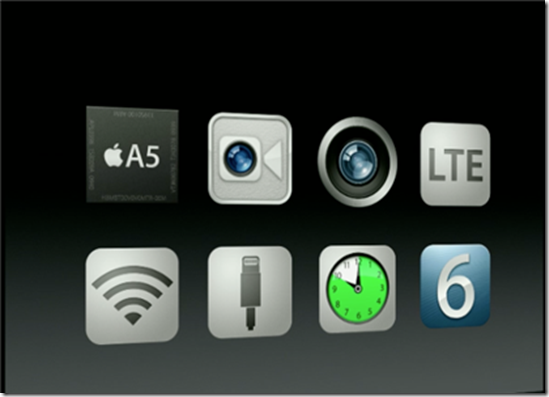 Apple iPad mini is equipped with A5 Dual-Core chipset, obviously less powerful than iPhone 5’s A6, 5 Megapixel of camera, 1GB of Ram with latest iOS 6, it will also be available in 16GB, 32GB and 64 GB versions and also with Wi-fi connectivity, where as cellular LTE connectivity is optional and 10 hours of battery life.

It is also said that iPad mini is more thinner lighter  and beautiful than any of  the Pads available today. It weighs about 0.68lbs which is about 53% lighter, 7.3mm thinner and also third larger screen size and fits smartly in one hand. On comparing iPad mini with Nexus 7’s display it’s also said in the event that despite of having small size iPad mini has large display size than Nexus 7 in both portrait and Landscape view. 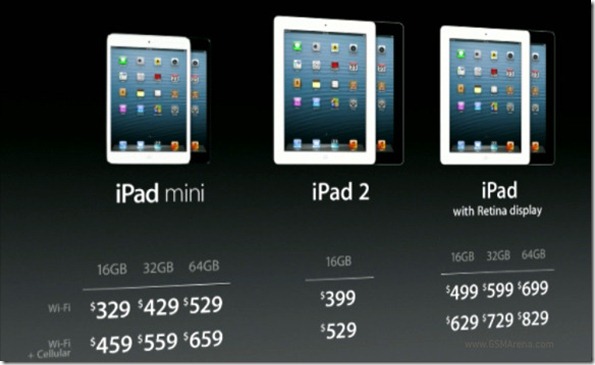 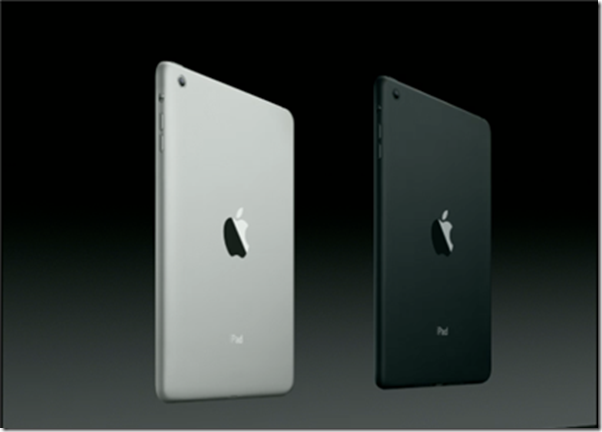 It seems that the basic reason for making iPad mini was the size not the specifications, it is built for easy handling with the ease of surfing all over the display.

Let’s wait and watch what this iPad mini will do in the presence of Samsung Note 2. 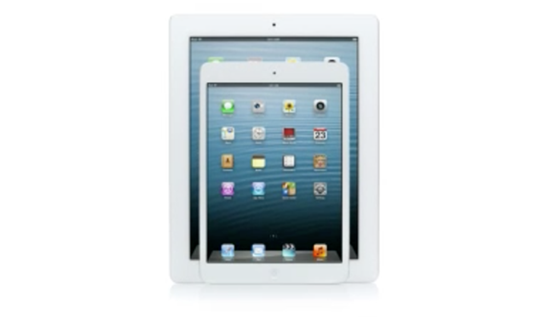 what were your expectations from iPad mini in terms of specifications? Do share your views with us.

As you all know Seven Color Gossip is our blog name owned by three mechanical engineers Sikandar Hayat Khan,Faizyab Khan and Hamza Aslam whose each and every word contains sense in it.From seven color we want to convey our message that you will find all the latest interesting topics which can be from any field and from gossips we mean that in seven color gossips you will even find your most hated topics most likely as we will make them easy for you to understand.
View all posts by sevencolourgossips »